By observing the world around us and our reactions to it, we become more aware of ourselves. 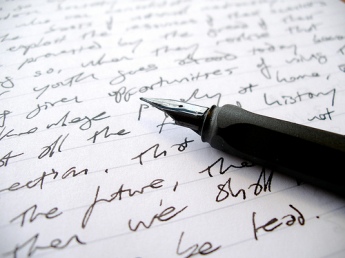 When I was a child, there was this thing called pen pals. A pen pal was someone you didn’t know at first, but started to write back and forth with and become long distant friends. There were ads in the TV Guides and the newspapers that help children around the country to become pen pals with other children of the same age. It helped strengthen writing skills and foster learning about other ways of living. I think my parents had to give their consent / signature to allow me to become a pen pal.

Once the letters started arriving, they would be long and descriptive. We would learn the names of each other’s siblings, pets, and what we liked to eat. We would share about visits to grandparents and what we liked about school. I would check the mail daily when I thought enough time had passed and that a letter would be probable. When I finally received my letter, I would read it over and over again. I would imagine in my mind the events that were described to me. Sometimes a picture, usually a school picture, was shared and it would add a little more to my imagination as I read the words from my pen pal. I would spend a few days writing my return letter and sharing about what I did and what games I liked playing when I was outside. I also shared about meals and other things that I did.

We were kids and the topics were simple, but that experience provided something to 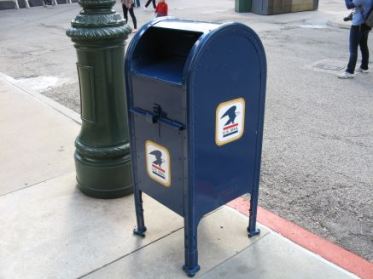 look forward to every few weeks. I would look forward to replying and taking my letter to the local mail box on the corner. I thought it was magic. I would place a letter in the blue mail box at the end of the street and several weeks later a letter showed up in our mail box on the front porch. I even remember our mailman’s name… Tony. He delivered our mail for 10 or more years. Eventually, the letters waned and we no longer stayed connected. But this did not stop me from writing. When I entered high school, letter writing made a comeback. I would see my friends every day at school and we would go over to each other’s homes to visit, but writing our thoughts on paper and mailing them or dropping them through the slots of our lockers at school was special.

When I moved and joined the Coast Guard, it was easy to write and to stay connected through this medium. I experienced the anticipation of receiving a letter from everyone I wrote and then taking the time to write back; to write my thoughts and hopes in confidence to people in which I desired to stay connected. There were also phone calls. Those helped clarify that changes were indeed taking place; that I, as well as my friends, were evolving and becoming different as our lives grew bigger and experiences changed our ways of thinking. I savored those letters and had a special box to keep them in. I remember being hurt one year when I learned that my letters were not saved. They were read and replied to, but then thrown away. It was my belief then that those letters were a part of me as I also believed that the letters I received were a part of the person who took the time to pour themselves onto the paper with ink.

As my friends and I got older and married and started to work real jobs and take care of real homes or apartments, the letters decreased. Yet, we continued evolving and growing, changing and moving into new phases of our lives. A funny thing happens though. The thoughts and perceptions I had about my friends became frozen in time to the last known understanding I had about them. I remembered what they last looked like, what their home looked like, what their food preferences were, what they believed in, or what I thought their relationship to life, others and activities were. Months and sometimes years later, when I or we take time to catch up, we learn how our separate choices and dreams took us on different journeys. What we may find in common now may be only the past we had shared. I am grateful for the opportunities for true re-connection and authentic sharing. Sometimes, that spark that was there in the beginning of the friendship re-ignites the chemistry that originally brought us together as friends, warming our hearts and merging the past and present back together.

Presently, I stay in contact with many friends via social media rather than pen and paper and yet, I may not really know what is going on in their lives and hearts. It is my experience that Facebook and Twitter pages show only what we want to reveal and I

don’t often expose the inner workings of my life in cyber land. I save that for heart to heart talks in person or on the phone. Also, my perceptions and observations of how a friend is doing can only be based on my last real conversation that took place with them; a conversation beyond sharing emojis and pictures of sunsets and plates of gourmet food. And, just like my pen pal from so long ago, I only know the last thing that was shared unless a newer connection is made.

I share this observation as I have been pondering and talking with others about the lack of true connection on social media platforms. It seems, for me, that the convenience of touching base electronically has out-weighed going out for a meal, or tea, or meeting up for a walk to enjoy fresh air, good conversation, and moving the body.

So, I shall grab my walking shoes and my calendar. It’s time for some in-person connections. 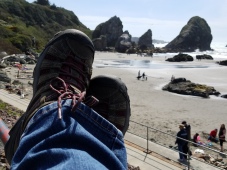